The Women and Child Health programme was earlier known as the Maternal and Child Health Programme. It has been rechristened as the overall mandate of the program has expanded to include initiatives for addressing various problems encompassing women’s health. It is an im- portant priority area for the country’s health needs and also in line with the Sustainable devel- opment goals of ensuring good health and well being. Several initiatives have been taken for advancing research and scientific knowledge in this area which encompass research from pre- conception to adolescence. Programmes have been supported on aspects of pregnancy compli- cations, mechanistic paradigm governing the outcomes of pregnancy, congenital anomalies, diseases of neonatal period and early childhood. Several collaborative efforts have been initi- ated for hypothesis driven original research for answering questions relevant to our health need in the area.

Objectives and Mandate of the Programme

The overall goal is to support both basic research on Developmental and Disease Biology and application centric discovery in the following major domains:

Under this domain, the Department accepts competitively submitted projects as well as develops programme support on its own depending on the disease burden and require- ment in the area.

Some major efforts under this programme are as follows:

Globally, preterm birth is a major public health problem and a major cause (approx 30%) of under 5 mortalities in India. With an aim of acquiring deep fundamental knowledge about pre- term birth and to use this knowledge to find efficient and sustainable solutions towards reduc- ing the associated mortality and morbidity, an inter-institutional and interdisciplinary pro- gramme was established in 2015.

Under this program coordinated by an interdisciplinary research group christened as GARBH- Ini (Inter-disciplinary Group for Advanced Research on BirtH outcomes), a unique pregnancy cohort of more than 8700 women is being established in which women are enrolled within 20 weeks of gestation, followed until delivery and once at postpartum. Multidimensional corre- lates of preterm birth namely clinical, epidemiological, statistical, genetic, proteomic and im- aging are being studied so as to elucidate biological and non-biological risks of preterm birth. A clinical database on 1200 variables from the enrolled pregnant women and their babies span- ning across the period of pregnancy and beyond has been created. The data include a wide range of sociodemographic, obstetric and medical information and more importantly, longitu- dinal ultrasonographic images and videos with fetal biometry measurements. The bio-reposi- tory in the GARBH-Ini platform comprises of well characterized clinical phenotypes with about 10,00,000 bio-specimens and 6,00,000 ultrasound images collected over the entire dura- tion of pregnancy. The rich bioresource augments fundamental and translational research in the field of maternal and child health. 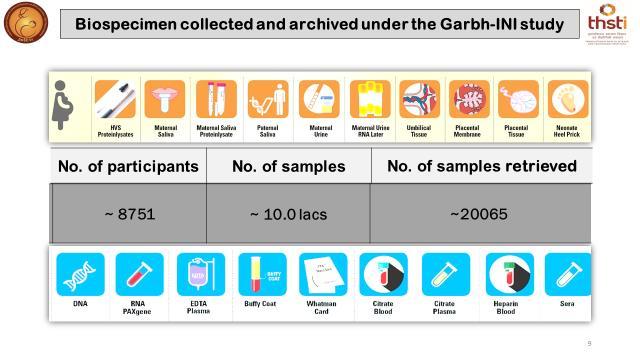 Some interesting leads have emanated from the study. The frequency of preterm birth has been found to be around 13%, which is higher than those reported from economically developed or the low-income countries in. In addition to the well-known risk factors such as history of pre- term birth, short inter-pregnancy interval and short cervix at 3rd trimester, some less reported factors such as biomass fuel use and exposure to passive smoking as risk factors of PTB have been identified. Further, both underweight and overweight/obese women have been found to be at a higher risk of PTB.

In the discovery phase, candidate predictors have been identified based on multi-omics ap- proach (proteomic changes, microbiome alterations and metabolic signatures) and these are being taken up for validation studies. 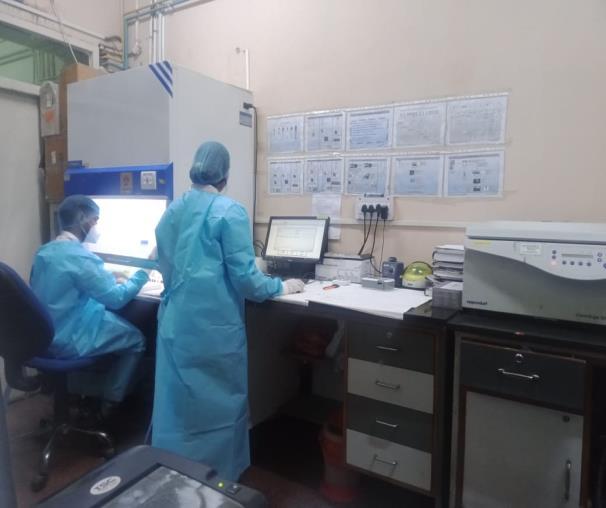 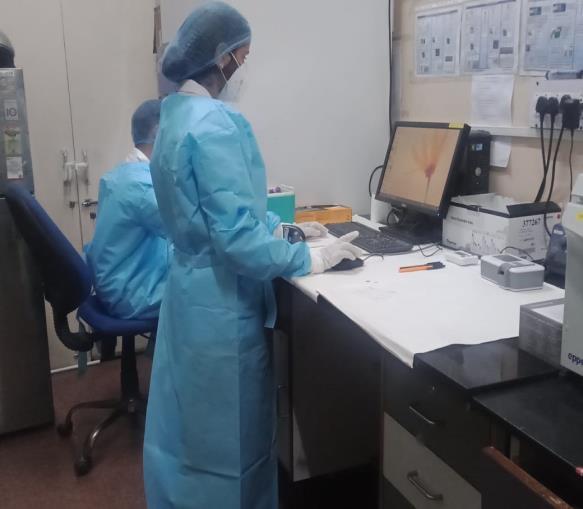 The ultimate aim of the cohort study which is now in Phase II, is to develop an algorithm for early stratification of women at risk of delivering preterm so that timely healthcare interven-

tions can be made; to identify candidate molecular biomarkers using the integrative omics ap- proach; to categorize the PTB phenotype based on pathological factors in addition to gestation age. The outcome of this study will be potentially useful in informing the national policy and the interventions can be integrated with the public health programmes.

GARBH-Ini has been recognized as one of the five Atal Jai Anusandhan Biotech Missions of Department of Biotechnology. The cohort database and the repository created will become global resources to answer critical questions on preterm birth and other birth outcomes. 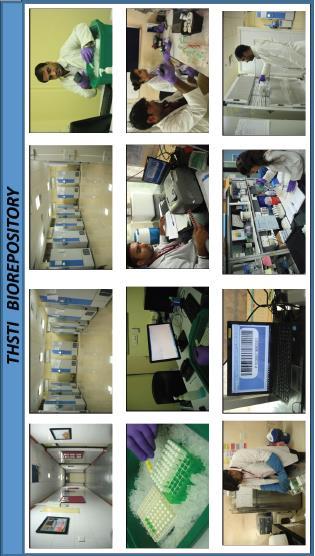 The first one is a longitudinal cohort setup in rural Pune which aims to study the reason why prevalence rate of diabetes is so high in India and to investigate preconceptional mi- cronutrient supplementation towards reducing fetal programming of diabetes. 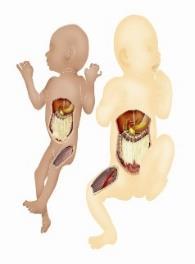 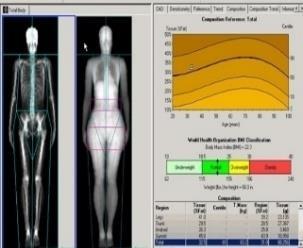 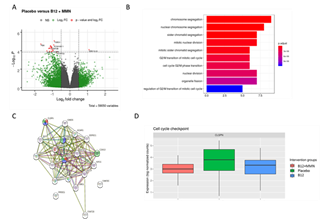 This program was launched as a joint research initiative between Canada, China, India and South Africa, in collaboration with the World Health Organization to address the increas- ing prevalence of obesity and the resulting non communicable diseases. It envisions con- ducting a set of harmonized, coordinated studies to evaluate whether an integrated com- plex continuum of care intervention starting pre-conceptionally and continuing through pregnancy, infancy and early childhood will reduce adiposity and NCD risk. The evidence generated from the harmonised study will be useful for informing national policy and de- cision making. 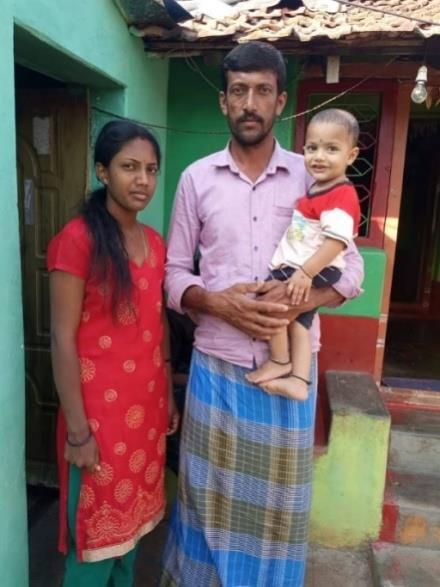 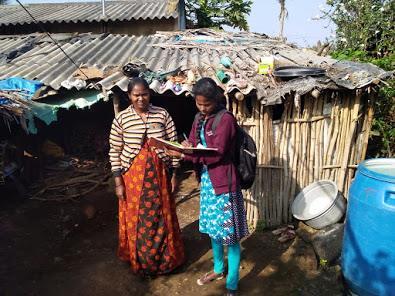 Fig. Participants being approached for potential recruitment as part of the HeLTI study

This multicenter collaborative program aims at setting up a registry, wherein variables in longitudinal cohorts of patients with steroid sensitive and steroid resistant nephrotic syn- drome can be shared to understand the disease course, impact of therapies and outcome. Efforts are underway to characterize the burden of monogenic steroid resistant nephrotic syndrome in India and discover genetic variants that cause the condition or act as disease modifiers. This information will help develop a genetic screening algorithm and also pro- vide potential molecular drug target (s) for therapeutic interventions. An app has also

been developed and tested for use by parents of patients and physicians to improve com- munication and enable remote monitoring of disease control. It provides details on man- agement of nephrotic syndrome and charts for monitoring for parents. 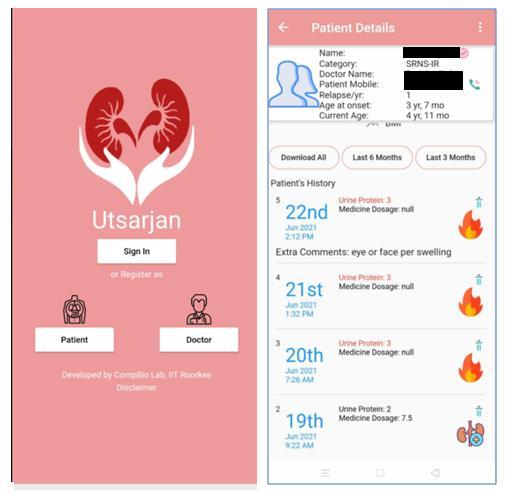 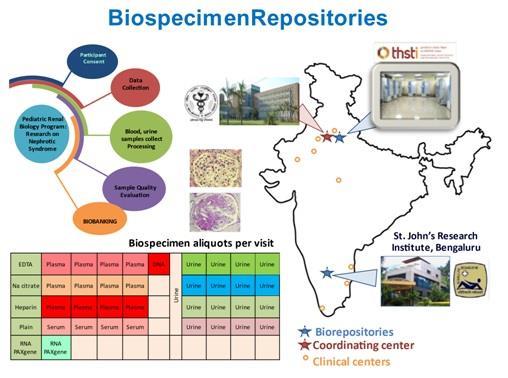 Placenta is a unique transient organ of fetal origin. A lot of what is known about placenta is either through term placentae or those which are pathological. To be able to study pla- centa in real time and in order to evolve biomarkers of pregnancy complications, several studies have been supported for isolation of placenta derived nanovesicles; study of various omics towards developing biomarkers for placenta health and function across pregnancy; to determine the future complications and outcome of pregnancy. Efforts will also be made to derive imaging based markers as early determinants of pregnancy.

Amongst the problems of infancy and childhood, neonatal sepsis is a leading cause of mortality and morbidity among infants. The Indian scenario of neonatal sepsis is particu- larly alarming with the highest reported incidence in the world. Since emerging evidence indicates differences in the trends and characteristics of sepsis in low and middle income countries like India compared to the developed countries, a context specific comprehen- sive understanding of the biology of neonatal sepsis may help guide clinical practice and prevention strategies. The department has therefore developed a multi-disciplinary, multi- institutional network program on neonatal sepsis with an overarching goal of reducing the burden of neonatal sepsis, sepsis-related mortality and antimicrobial resistance in neo- nates.