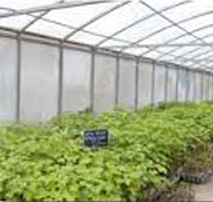 Biotechnology has the potential to provide environment friendly products and processes in almost all areas of economy. The biotech industry included either service driven companies, or product driven companies. In India, biotechnology has created lot of employment especially in agriculture and allied sectors. India has initiated steps, to promote biotechnology industry by taking initiatives aimed at providing facilities for accelerated commercial development of Biotechnology. Some of the states have also announced specific biotech policies and have floated life sciences specific venture fund.

One of the means by which it was proposed to be achieved was through setting up the biotechnology parks, where facilities for technology incubation, technology demonstration and pilot plant studies are provided.

With large number of multinational and bio-pharma companies initiating their R&D and manufacturing operations in India, the demand of biotech incubators has increased.

Following Biotech Park and Incubation Centres have been supported and are fully operational: